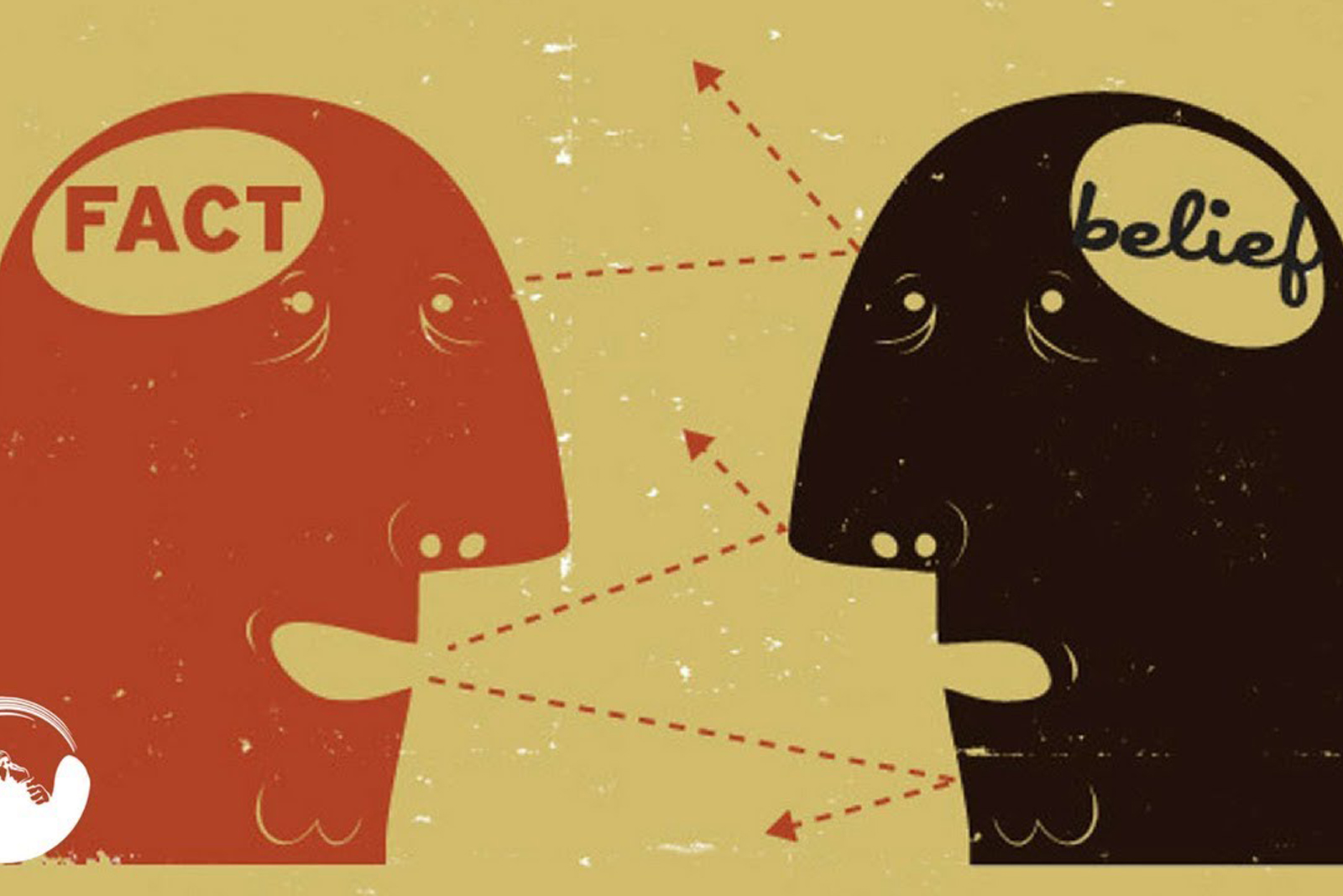 Psychology Today defines Confirmation Bias as occurring “from the direct influence of desire on beliefs. When people would like a certain idea/concept to be true, they end up believing it to be true. They are motivated by wishful thinking. This error leads the individual to stop gathering information when the evidence gathered so far confirms the views (prejudices) one would like to be true (Psychology Today, 2018).”

A new study further supports the prevailing view on confirmation bias. What’s more, the research subjects here displayed a clear bias even in tests involving sensory input. Surprise, surprise! These days we’re living in a world of so-called “fake news” and “alternative facts” … this study sheds a little light on this phenomenon.

People have a tendency to interpret new information in a way that supports their pre-existing beliefs, a phenomenon known as confirmation bias. Once they’ve made a decision about which house to buy, which school to send their kids to, or which political candidate to vote for, they have a tendency to interpret new evidence such that it reassures them they’ve made the right call. Now, researchers reporting in Current Biology on September 13 have shown that people will do the same thing even when the decision they’ve made pertains to a choice that is rather less consequential: which direction a series of dots is moving and whether the average of a series of numbers is greater or less than 50.

“Confirmation biases have previously only been established in the domains of higher cognition or subjective preferences,” for example in individuals’ preferences for one consumer product or another, says Tobias Donner from University Medical Center Hamburg-Eppendorf (UKE), Germany. “It was rather striking for us to see that people displayed clear signs of confirmation bias when judging on sensory input that we expected to be subjectively neutral to them.”

The findings by a team of researchers from UKE and Tel Aviv University, Israel, suggest that confirmation bias is linked to selective attention, a process in which people react to certain bits of information or stimuli and not others when several are presented at the same time. They also set the stage for studies to unravel the underlying brain mechanisms, the researchers say.

Although confirmation bias is well known, it hadn’t been clear what drives it. Is it that people, after making a decision, become less sensitive to new information? Or do they actually filter new information so as to reduce conflict with the decision they’ve already made?

To explore this question, the researchers, including first authors Bharath Talluri and Anne Urai, both from UKE, asked study participants to look at two successive movies featuring a cloud of small white dots on a white computer screen. Their task was to report the direction the coherently moving dots, which was challenging because these dots were embedded in many more dots that moved about randomly. After the first movie, participants were asked to choose between two categorical options: whether the coherent motion pointed clockwise or counterclockwise from a reference line drawn next to the cloud of dots. After the second movie, they were asked to drag the mouse over the screen to indicate their best continuous estimate of the average direction across both movies they had seen.

The experiments showed that participants, after making an initial call based on the first movie, were more likely to use subsequent evidence that was consistent with their initial choice to make a final judgment the second time around. The finding suggests that the initial choice a person made in the simple visual motion task acts as a cue, selectively directing their attention toward incoming information that’s in agreement.

In a second series of experiments, the researchers presented a related numerical task. At first, they were asked to judge whether a series of eight two-digit numbers averaged greater or less than 50. In a second, they were asked to provide a continuous estimate of the average between 10 and 90. Again, participants’ answers showed a pattern of confirmation bias and selective attention. 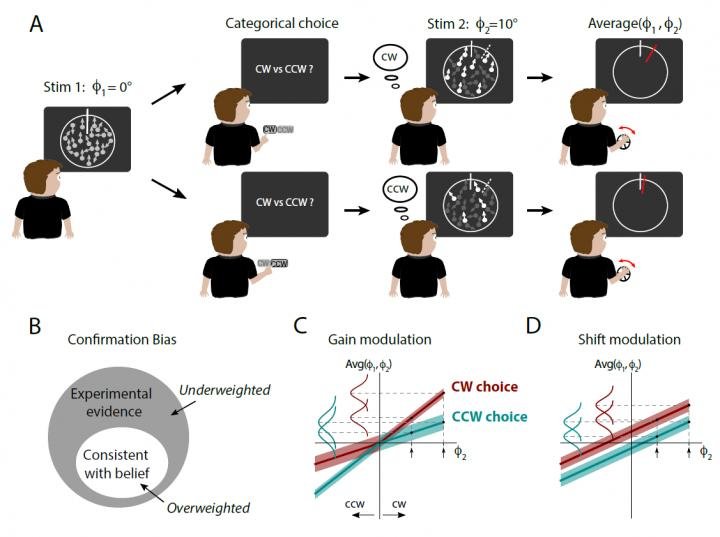 The researchers say the findings help to identify the source of confirmation biases, with implications for understanding the bounds of human rationality. For those of us attempting to make informed decisions in the real world, the new study offers a reminder.

“Contrary to a common phrase, first impression does not have to be the last impression,” Talluri says. “Such impressions, or choices, lead us to evaluate information in their favor. By acknowledging the fact that we selectively prioritize information agreeing with our previous choices, we could attempt to actively suppress this bias, at least in cases of critical significance, like evaluating job candidates or making policies that impact a large section of the society.”